In Pictures: Christians mark feast of the Epiphany with pageantry and prayer

Christians across the world have been marking Epiphany, with worshippers plunging into icy waters and parades being held in Poland and elsewhere.

At the Vatican, Pope Francis marked the Epiphany feast day by urging people to follow the path of “humble love” and care for those who can give nothing back.

For the Catholic Church, January 6 recalls the journey of the three Magi, also known as kings or wise men, to find Jesus in a humble abode in Bethlehem. In Spain, children leave their shoes out in expectation of receiving gifts from the three kings.

Thousands of Orthodox Christians took a dip in icy lakes and rivers across Bulgaria to recover crucifixes cast by priests in ceremonies commemorating the baptism of Jesus Christ. 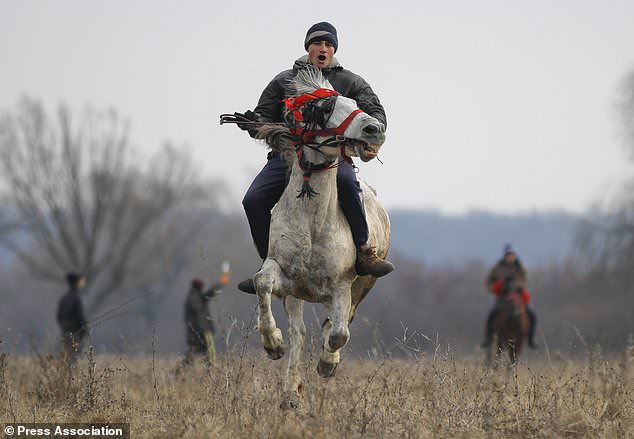 A villager rides to warm up his horse before an Epiphany celebration race in Pietrosani, Romania (Vadim Ghirda/AP) 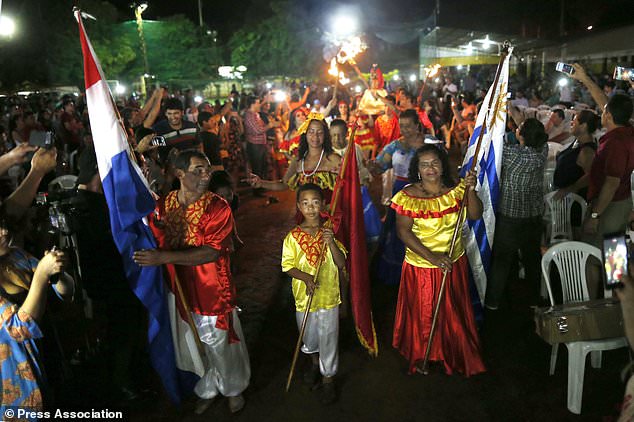 Members of the Paraguay-African cultural group Kamba Cua inaugurate celebrations with a procession in honor of Saint Balthazar, one of the Three Kings, on Epiphany in Fernando de la Mora, Paraguay (Jorge Saenz/AP) 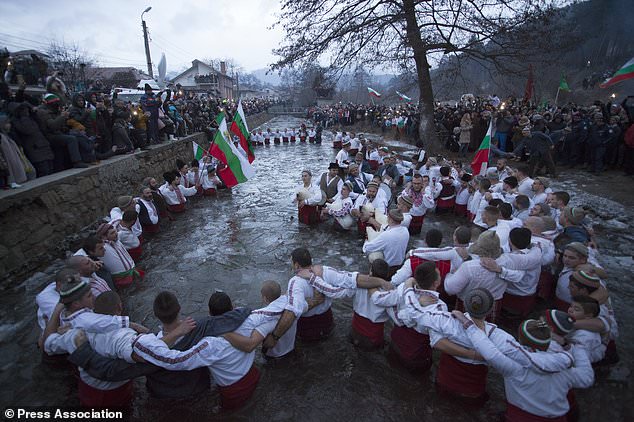 Bulgarians sing and chaindance in the icy waters of the Tundzha river in Kalofer, Bulgaria (AP) 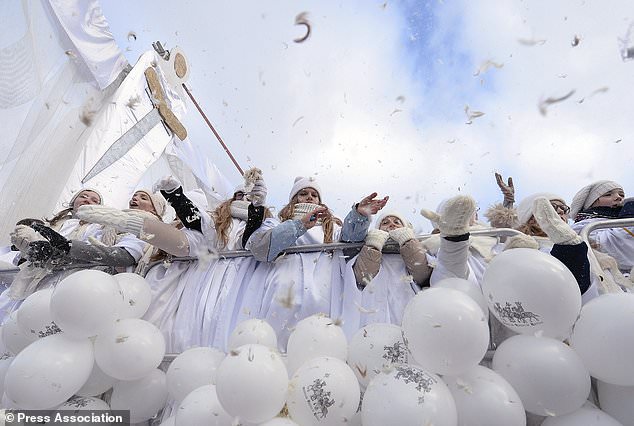 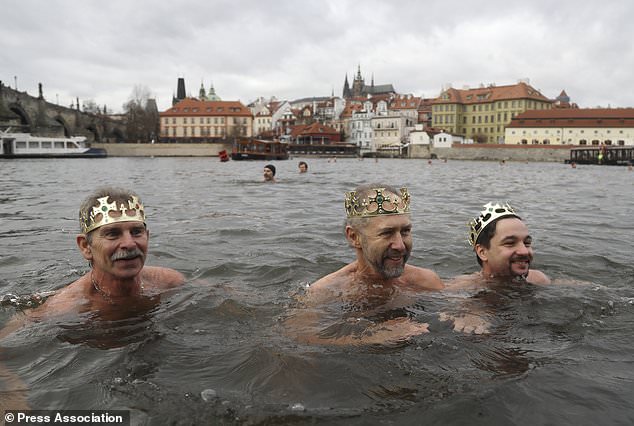 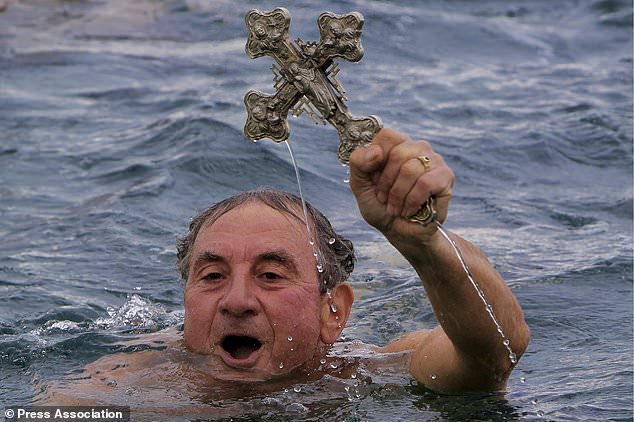 A swimmer holds up the cross after it was thrown from an Orthodox priest into the water, during an epiphany ceremony to bless the sea at Famagusta, Cyprus (Petros Karadjias/AP) 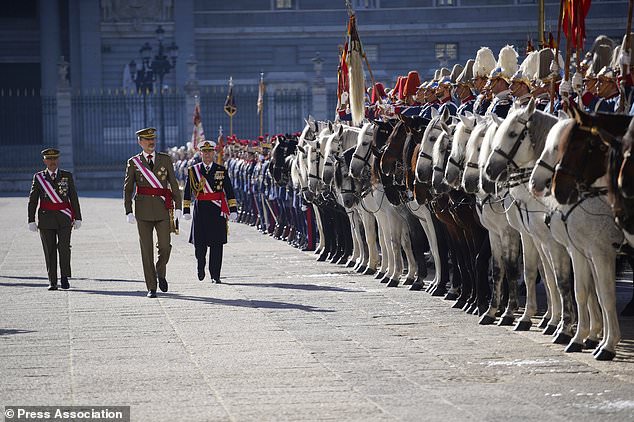 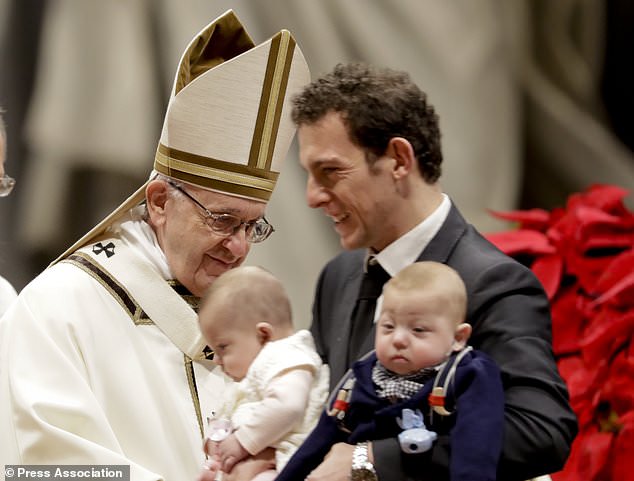 Participants listen to instructions before the start of a Cabalgata de Reyes, Epiphany parade in Madrid, Spain (Paul White/AP) 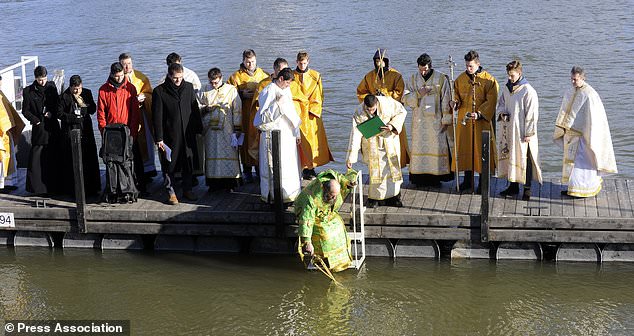 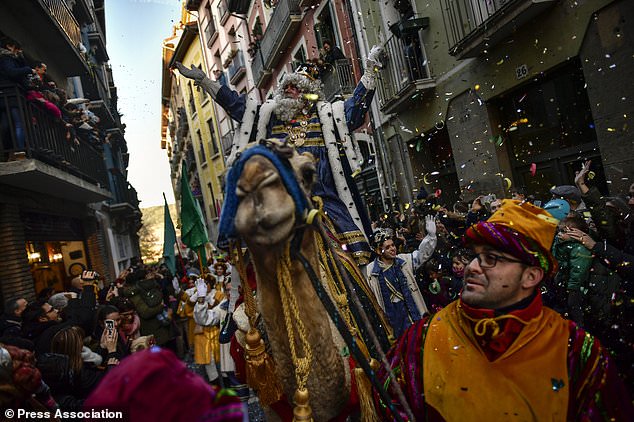 The Magi waves during the Three Kings of The Cabalgata Los Reyes Magos (Cavalcade of the Three Kings), the day before Epiphany, in Pamplona, northern Spain (Alvaro Barrientos/AP) 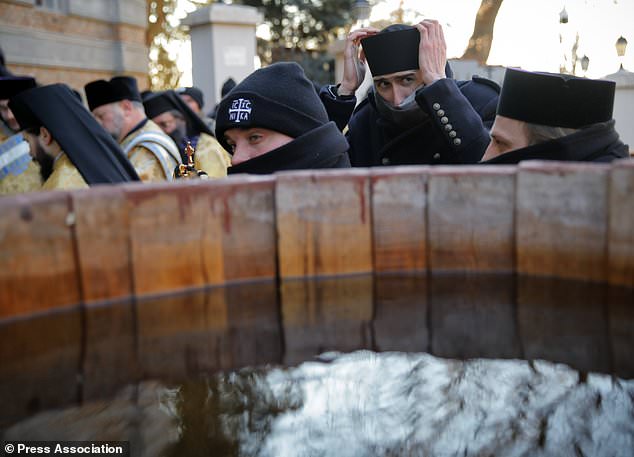 An orthodox cleric adjusts his hat during a religious service in freezing temperatures in the Black Sea port of Constanta, Romania (Vadim Ghirda/AP)

3 thoughts on “EPIPHANY AROUND THE WORLD”