‘Being a Christian is not to have won an undeserved jackpot, but to help all people win this jackpot’ 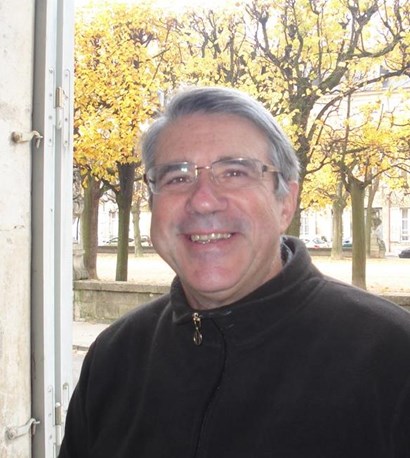 I always wanted to be a historian. I studied medieval history at the Sorbonne, and left for Egypt to work on a doctorate in comparative studies in medieval thought.

Something happened which prevented me to achieve my doctorate: in Cairo, on my way to libraries where I worked, I noticed that families were staying exactly at the same places on pavements. They were living on the street.

I started to wonder if medieval history was as urgent as trying to help people like these, and dropped history for humanitarian work in 1973. They were years of terrible drought and famine all over Sahelian countries, and I was sent as co-ordinator for relief operations for a volunteers’ organisation. I worked for them for seven years, mainly in West Africa, and with UNICEF.

I made another turn in life in 1980. Although I was born in a Catholic family, I had long proclaimed myself an agnostic. Africans made me a believer again, then a Christian — when I understood that being a Christian was not to have won an undeserved jackpot in the lottery of life, but was rolling up your sleeves to become a partner with Jesus to help all people to win this jackpot.

Returning to church opened my eyes. Of course the poorest of the poorest needed humanitarian assistance, but also Christ. In 1980, I joined Aid to the Church in Need [ACN] in France, which led me to the diaconate in 1985, and the Secular Franciscan Order. I was now married with three children. I worked more than 25 years with ACN, as regional then national director.

This led me also to a third turn in life. ACN has a mission not only for needy churches, but also for persecuted ones. A few months after I started with ACN, Fr Przemysl Coufal was assassinated by the StB, the local KGB in Czechoslovakia, near where I was living. Nearly no one was interested by this in my country, but it struck me to the core, and opened my eyes to the reality of persecution and martyrdom of Christians in Europe and elsewhere. I started working on this, with the intellectual tools I had developed as an historian, and published articles and books: first on Poland, second on Middle Eastern Christians, and so on. At the fall of Communism in Eastern Europe, I travelled five years extensively to collect and publish testimonies of confessors of faith and martyrs there.

When John Paul II decided that the memory of the martyrs would be one of the three main dimensions of the Great Jubilee, and created the Commission for New Martyrs in 1994, I found myself working with them in Rome. My own task was to deepen the understanding of martyrdom from the experience of 20th-century martyrs and confessors of faith.

I published Un Siècle de Témoins [A Century of Witnesses], and then returned to academic work at the Ukrainian Catholic University. From 2008, I’ve given here an online Master’s course in ecumenical hagiology. I can summarise the course in one single sentence: “If Christians are able to suffer and die together for the same Christ, why should not they be able to live together for the same Christ?” And I began to write biographies.

It seems to me that the two trends in history have dominated in the last decades: quantitative and structural methods, both tending to treat human facts in history mainly as things. It’s possible that we assist the return to study history as made by concretely human actors. Several of the greatest French historians of our time, like [Jacques] Le Goff or [Paul] Veyne, finished their life by writing biographies.

This very shallow knowledge of history, shown in recent election results in France and Britain, is a fact. You may wonder how liberal countries have become, as the totalitarian countries, a subject of meditation for me. The way Christopher Dawson is now absent from discussion on Europe and its Christian roots is symptomatic. When the choice is between no roots and biased ones, what choice is possible for a Christian?

John Bradburne entered my life in 1983, when I raised money for the Mutemwa lepers, for whom he gave his life. [Bradburne was a lay Franciscan, warden of the Mutemwa leper colony at Mutoko, in what is now Zimbabwe, who was killed by guerrillas in 1979, a few months before independence.] I have a lot of various reasons for loving him, which I hope will be shared by the readers of the book [details below], but there were also points of personal convergence: the lepers, Africa, wanderings, playing the flute, poetry, and secular Franciscan life, even if I was well aware of the gap between this life totally given to God, and mine.

I travelled in John’s footsteps in England, Italy, Belgium, and Africa, and studied his letters and his poems. My companionship with him was, and is, such that I made for myself a calendar, with entries for each day of the year, of what he did this day, any year of his life.

I’ve now published 25 books: 18 of them are about martyrs, persecuted Churches, and about witnesses of faith I have met. I’ve also written on Nietzsche, Tolkien, on the spirituality of the diaconate, on humanitarian work, and a long poem on a Ukrainian artist.

I’m not proud of my books. But I’d be happy if John Bradburne and others agree with what I have written on them; and I’m happy when people tell me they were touched by John, and others I’ve written about.

I’m currently preparing the publication of a historical novel on spiritual resistance against totalitarism in Slovakia; and a collection of essays on John Henry Newman; and finishing what will be my Summa on 20th-century martyrs, The Forgiveness of the Martyrs of Our Time.

Biography is the apex of historical work, as well as a serious challenge to the art of the novel. Novels are the works of sub-creators, to use Tolkien’s terminology. Real lives are the joint work of the Creator and of human sub-creators. Doing research on Bradburne, I found, more than once, like Chesterton, that reality is more extraordinary than fiction.

I was born in 1947, in an ordinary family of French post-war baby-boomers, with four siblings, in a Paris suburb which was still country. I remember going to a farm to buy milk, and helping my older sisters to rob some pears at the neighbouring orchard. Life changed when I was ten years old and my father was knocked down by a drunk driver. It was a hard time for the whole family. If I’d not been already going to school in Paris, I’d have gone to work at 14. I had to work when I was 16, to contribute to my studies.

Now, I’m an ageing, pensioned man, happy to be able to walk, every year, 1000 kilometres or more, to Santiago or Rome for the last 15 years; working on books, articles, weekly broadcasts on a Catholic radio network, on handicapped people, Newman, and, of course, for our suffering Christian brothers and sisters, and the memory of martyrs.

I love the Bach cello suites.

My greatest influences have been St Francis, Fr Marie-Joseph, John Bradburne, Silvo Krcméry, who initiated the clandestine Christian Movement in Slovakia during the totalitarian era, and an African Sister who said: “Pourquoi tracasser ma tête, je vis l’aujourd’hui de Dieu.” (“Why bother my head, I live the today of God.”)

I usually do not pray for what, but for whom. Walking to Rome or Santiago, I leave with a long list of persons to pray for.

Stupidity is an incurable disease. I’m angry first with stupid people, but, soon after, with myself.

I’m happiest when I feel attuned to God and my neighbour.

I hope one day to attain the hope of the martyrs, which is the measure of real Christian hope. I’m still far from it.

You are never alone in a church when the Real Presence is here. A companion to share him? John, of course.

John Bradburne: The vagabond of God, translated by Malachy O’Higgins and abridged by David Crystal, is published by DLT at £12.99 (Church Times Bookshop £11.70).