A Congregation Behind Bars 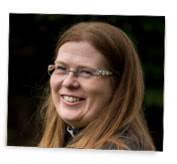 The community where I minister is really quite self-contained. It has residents, a health centre, a café, a gym, a mechanical garage, classrooms, a hairdresser, several residential spaces with many offices, a mosque, a gurdwara, a meditation centre, and a church. And it is all contained behind a 20-foot fence with barbed wire along its top. Day to day I see out my ministry in one of the country’s hidden places, for I work in one of England and Wales’s 121 prisons.

The Prison Act of 1952 states: ‘Every prison shall have a governor, a chaplain and prison officers, a medical officer and any other such officers as be necessary.’ Mine is a role enshrined in the law of the land and, frankly, a great privilege to undertake in a very hidden part of our society. Prisons draw their operating principles from a quasi-military font and particularly the naval tradition, so it’s hardly surprising that key personnel have clear resonances with the officer cadre of a ship’s company.

A prison is a ‘total institution,’ a concept similar to the notion of self-sufficiency needed on board a ship at sea. Total institutions are typified by isolation from the outside world, internal discipline systems, and ability to deliver all core services needed to operate and survive. We can see the immediate parallels to the world behind the walls. So, what role does the modern day chaplain play within the twenty-first century prison?

As a role written into the law of the land, there goes with it certain duties undertaken in that role. Those of us called to the ministry ‘behind the wall’ are charged to fulfil the requirements of the enclosed community on two levels: first of faith-specific need and secondly of pastoral care. Within that there are certain statutory duties that a chaplain has to complete by law every day. Those duties include seeing all those who are segregated from the main population and seeing each prisoner within 24 hours of their arrival in a new prison.

It is right and decent that, even though a person may be placed in a custodial setting, they are treated with human decency and respect. It is with this in mind that provision is made for any individual within that environment to practise their own faith in an appropriate way. Any prison chaplain in that regard makes possible the facility of faith-specific provision. There is the opportunity for corporate worship each week. Sunday mornings in my establishment focus around the provision of Christian worship ofmany traditions. In my own setting, this is shared on alternate weeks with my Free Church colleague. Our men are given a variety of different styles of worship to experience and can access the styles suitable for their own growth and nurture. During the week there are provisions made for other faith groups. This goes alongside providing as much access as we can for their spiritual growth in study and their individual spiritual need through access to Bible study, the praying ofthe rosary, and Alpha courses on a regular basis. Further, such disciplines as the sacrament of confession are provided, as and when it is requested, and insofar as the regime of the establishment is able to support it. Like in any parish setting, we also are on hand to provide the community with the rites of the church at the time of death.

As an Anglo-Catholic (sadly an all too rare breed in prison service chaplaincy these days) I believe I offer a spirituality which is much needed by the prisoners. Not just the ability to teach prisoners how to actually use the rosaries they all love to wear, but an insight into a spirituality of real depth. This isn’t just for the happy emotionally charged moments, but for the darkness and solitude too. Contemplative prayer and the use of icons are useful in a place where so many have poor literacy, and in an environment in which so many suffer broken family relationships, it can be powerful to enlighten them to devotion for Our Lady, in whom can be found the love of a mother.

It is right and decent that, even though a person may be placed in a custodial setting, they are treated with human decency and respect.

It may not surprise you, however, that in reality this is the smaller part of the role in which, as a prison chaplain, I spend my time. For just like any incumbent of a parish, each Church of England chaplain is charged by their bishop to take on the cure  of souls for that community. And so, as a pastoral carer in this setting, our calling is not just to those of our own tradition or faith group but to the whole community.

Now within that framework a whole manner of other things get thrown into the mix in terms of the needs of prisoners for pastoral care, such as the need to contact home and the goings-on of family life that continues while a prisoner is inside. It is so often chaplaincy staff who inform prisoners of the hatches and despatches of a family. I think it would be fair to say that I inform prisoners on average once a week that a loved one in their family unit has died. Occasionally, I bridge the gap between home and prison when a family member is seriously ill and petition the senior management of the establishment to ensure that the prisoner has the opportunity to visit and see their loved one before their death. My experience has suggested that uniformed staff and operational managers can struggle to find perspective between the prisoner and the person who is also a family member with a gravely ill relative. Chaplains therefore routinely navigate a path between prison, hospital, family and prisoner, a hugely complicated task that most prison managers would baulk at, yet invariably families are united with their loved one at their time of need, final farewells are facilitated, space for grief and reflection is provided.

As an Anglo-Catholic (sadly an all too rare breed in prison service chaplaincy these days) I believe  offer a spirituality which is much needed by the prisoners.

In reality that visit, that funeral attendance, cannot always be facilitated due to the pressures that are placed upon the custodial setting. It is at those key moments in life that chaplains in the prison are called to provide alternative provision which those in the wider society setting may take for granted. For example, attendance at the funerals of grandparents is rarely granted. In these situations, chaplains of the appropriate faith tradition are called upon to make some marking of the occasion within the custodial setting. Often the lighting of a candle in the chapel with simple accompanying prayers are exercised, and more often than not hugely appreciated by those to whom we minister.

However, not only does it work that way, it also works the other. In the last year I’ve become involved with three families following the death of their loved one whilst in custody. The latest has proved a challenging experience. When such an incident occurs, key members of the establishment visit the family of the deceased and such was my privilege on all those occasions. This experience is one that would be unlikely to be experienced from a parish perspective. However, the safety and care of prisoners is paramount to the governor of any establishment, and so when these happenings take place the governor, with a family liaison worker and a chaplain, often attend. And here comes the nub of why the alongsiding work of a chaplain is so important, not only for families but for staff too. The governor with whom I have attended such visits in the past reflected thus:

‘Chaplains are also a massive resource to Governors in the event of certain operational events that affect prisons. While it’s somewhat of a cliché to turn to death and end of life, my own experience is that my Chaplaincy Colleagues have an approach, attitude and experience that us operational folk simply cannot hope to match. The way in which we inform, support and care for those affected by death or illness in the custodial setting is a bellwether for the prison. I know that I have achieved better outcomes for families and men in custody because of the skills that my chaplains possess.’

In recent days I have accompanied a family member to view the body of their son in a mortuary, an experience that is harrowing and disturbing in many ways. His mother has, in recent years, had very little contact with her son, a man who has been in the prison system for 17 years. She never expected the next time she saw him would be in such a setting. In this particular incident, like others I have been involved with in the past, I will have the immense privilege of conducting his funeral and memorial service in my community. This for me reveals an immense opportunity for ensuring that the family, and the community in which he lived, receives the best pastoral care I can offer.

I’m a carer, a teacher, preacher, advisor, leader, advocate and intercessor not only for those who reside within the walls, but for those for whom it is their place of work

All this goes alongside the day-to-day running of any prison establishment. Chaplains play a pivotal role within the prison, fulfilling a range of roles and functions, acting as counter-point and counsel in equal measure. I’m a carer, a teacher, preacher, adviser, leader, advocate and intercessor not only for those who reside within the walls, but for those for whom it is their place of work. Just in the last few days I was privileged to lead our staffing community in a memorial for those who have lost their lives whilst in service, and to dedicate a new plaque in memory of one who died nearly a year ago. Prisons are no different in their highs and lows from any other community and we keep the memories and anniversaries of our story too.

I do this as a permanent deacon in the Church of England within a rich catholic tradition. It is an ordained ministry that so often gets dismissed as being that thing that happens before priesting, but the ministry I seek to exercise constantly is about bridge-building: the inside with the outside; the church with the unchurched; the sacred with the secular. That is what the diaconate has from its biblical foundations set out to do: to serve those who most need serving. St Stephen may have been called to serve widows at table, and in our modern day context I am called to serve those who—through choices they have made, rationally or not—find themselves in a custodial setting. It is a ministry hidden out of view and underestimated in its impact.

Article from New Directions, the magazine of Forward in Faith

3 thoughts on “CROSSING BOUNDARIES: IN PRISON”