Methodist deacon David Clark has long been a prophet to the church, challenging its assumptions and advocating tirelessly for a radical diaconal church that builds Kingdom communities. 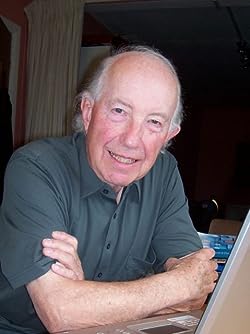 With the national discussion well under way about unity between the Methodist church and the Church of England, David shares his personal, fundamental misgivings.

‘Hierarchy has had its day’

Hierarchy (vertical ranks of authority) is not a problem as such – where decisions need to be taken rapidly – as in the case of the armed forces, police or fire service – it has a valid place.  But in institutions where careful thought based on the gathering of insights from a variety of sources is important, it is dangerous.  Too often it is shaped by the personality, rarely benevolent, of the leader concerned.  ‘Bottom up’ (sometimes called ‘democracy’) is never perfect, or even easy.  But ‘top down’ has frequently been a disaster, costing millions of innocent lives.  It can also create a dependent (not infrequently fearful) and naively passive public.

In what I call ‘the diaconal church’, the model of the church to come, hierarchy as a matter of church order has a place.  But regarded as a divine imperative, as often the case in Christendom, it undermines the profound importance of the church as the whole people of God.  This was a truth at last recognized by Vatican Two some fifty years ago – even if it has in practice still to impact on Roman Catholic ecclesiology.

There is another problem with a church which embraces an institutionalized form of hierarchy.  It is increasingly out of kilter with the type of world into which we are rapidly moving.  Management years ago drew away from a dominantly hierarchical model of governance, recognizing that all employees need to be validated as a resource and their views regularly gathered and acted upon.  The digital age has also demolished hierarchy and, despite the problems of social media, given a voice to every user.  It is true that we see a resurgence of dictatorship and autocracy in many contexts, but this holds out no hope for the future of humankind.  It is simply retrenchment by those in power playing on the fears of globalization and the apparent threat posed by a world on the move.

The Guardian recently (21/3/18) published an article entitled ‘The Christian era fades across Europe as youngsters reject the faith’.  It reported that the UK has the 5th worst statistic out of 21 countries for young people who no longer identify with any religion (70%).  It has the 4th worst statistic for 16-29-year-olds who never attended a religious service (59%).  I would be the first to argue that the relevance of Christian faith cannot be correlated with ostensible ‘belief’ or church going.  However, these figures (they are destined to get worse) show that the Christendom (and largely hierarchical) model of church in the West is well past its sell-by date.  The disturbing thing is that church leaders still fail to acknowledge this and assume it can be business as usual with a few tweaks here and there, misleadingly called ‘fresh expressions of church’.

The problems of hierarchy were starkly underlined this week (23/3/18) with the Guardian reporting on the child-abuse scandal in the Church of England.  A leading article expressed the view that ‘the picture that has emerged of the Church of England is an organization almost paralyzed by self-importance…  (and) almost wholly unaccountable, even internally…  The clergy were held to be more important than the laity, and bishops far superior to the parish clergy.’  This situation is what can happen to hierarchy when seen as offering divine approval for every decision made by those ordained.  This model of church must change – we have to move towards servant leadership and a servant church focused on the kingdom not the church, as illustrated throughout by this blog.

A final word.  Methodism (my church) is now faced with a decision, in the name of Christian unity, as to whether it will buy into a hierarchical form of church leadership.  I have always recognized Christian unity as a divine imperative.  But I have come to believe that such unity must be unity in diversity, and not unity as uniformity.  Methodism is unusual in manifesting many hall-marks of the diaconal church.  If it succumbs to episcopal ordination for all future ministers, and to the Anglican form of sequential ordination which leaves the distinctive diaconate way out on a limb, it will be almost impossible for it not to surrender that of real communal worth which it has to offer to the church to come.

One thought on “HIERARCHY HAS HAD ITS DAY”