Do We Need Deacons?

GUEST BLOG: Are deacons mere liturgical functionaries, on their way to the priesthood or presbyterate? Or are they social activists with only a loose connection to the churches? Or something in between? Are deacons valuable for Christian ministry? Or can we do quite nicely without them? D. Michael Jackson, editor of The Diaconate in Ecumenical Perspective, provides the answers. 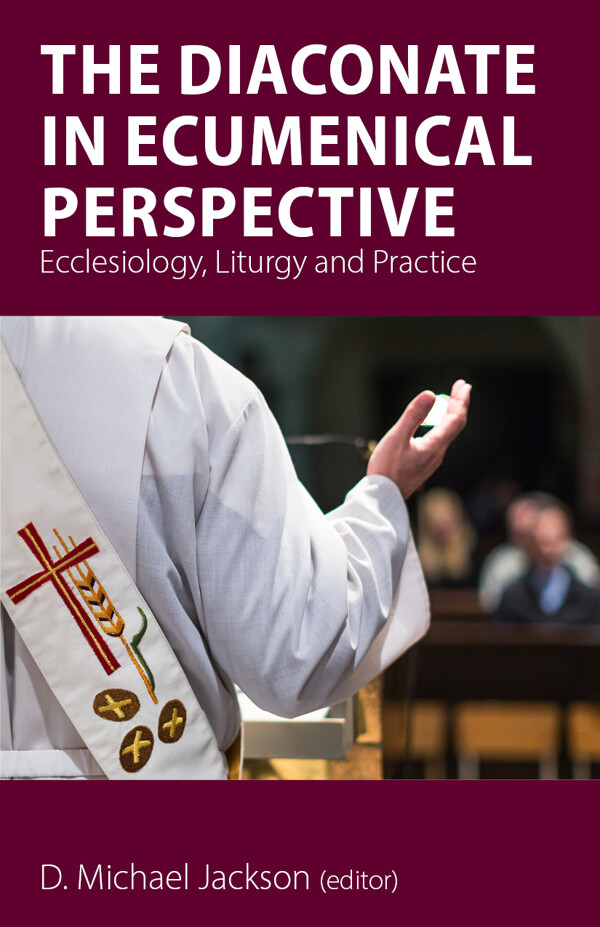 These widely differing viewpoints are explored in The Diaconate in Ecumenical Perspective by writers from the Anglican and Episcopal, Roman Catholic and Ukrainian Catholic, Lutheran and Methodist traditions. Contributors hail from Canada, the United States, England and Scotland, giving the book an international as well as an ecumenical dimension.

The essays tackle head-on just what diakonia and deacon mean today. The long-accepted notion that diakonia is humble service and that deacons are essentially ecclesiastical social workers is shown to be inaccurate and incomplete. The diaconate is much more than that: ministry of word and sacrament, mission and proclamation, as well as charity and outreach.

In this light, some of the authors challenge the continued existence of the “transitional” diaconate—that is to say, requiring future priests/presbyters to first be ordained deacons. They argue that the practice of “consecutive” ordination makes no sense for priests and compromises the integrity of the permanent or vocational diaconate. Diakonia is the vocation of all Christians through baptism, not ordination.

Another topical issue is the ordination of women to the diaconate. Although there is general agreement that there were female deacons in the early church, there is no consensus on whether they were ordained like men and had a similar ministry. The Orthodox and other Eastern churches have ordained some female deacons, but not without controversy. There is now consideration of the female diaconate among Roman Catholics and Pope Francis appointed a commission to look into it. But after receiving their report, Francis has said that the historical evidence is inconclusive and appears to have put the matter on hold.

Evidently the diaconate is of interest to a number of Christian churches, and not only those with the historical episcopate. A contributor from the British Methodist diaconal order sees deacons—male and female—as enablers of the “kingdom community”. Lutherans have a complex history of the diaconate and a somewhat ambivalent attitude toward it. The prevalent view of deacons as “ecclesiastical social workers” began with the deaconess movement in 19th-century Germany and to this day many Lutheran churches “commission” or “consecrate” rather than ordain their deacons.

The prophetic or social ministry of the deacon is found with varying emphases in all traditions. For Lutherans and Methodists, this is the diaconal role. For the Eastern churches, it is more of a supplement to the prime function of the deacon: worship. Practices in the Anglican and Roman Catholic communions vary greatly, but generally deacons as are seen as ordained ministers bringing the gospel to those both within and beyond church structures, especially the marginalized.

The significance of the deacon’s liturgical—and preaching—role in the various traditions, not surprisingly, mirrors their approach to social outreach. In the Orthodox and other Eastern churches, the liturgical function is dominant. In the Methodist and some Lutheran churches it is minimal, in some cases non-existent. Roman Catholics specify that the deacon’s ministry is three-fold: Word, sacrament and charity. Anglicans (as usual!) are somewhere in the middle: in a number of dioceses, the deacon’s liturgical and preaching role is important; in others, it is minimized or even discouraged.

Of course, just having deacons is still a matter of discussion. Some but not all Lutheran churches have diaconal ministers. Many but by no means all Roman Catholic dioceses have embraced the permanent diaconate after the impetus given to it by the Second Vatican Council. In the Anglican Communion, the Church of England, particularly its evangelical wing, has been cool towards the diaconate, preferring to focus instead on lay readers. On the other hand, the Episcopal Church in the United States has taken up the vocational diaconate with enthusiasm, followed to a large extent by the Anglican Church of Canada and now the Scottish Episcopal Church.

But there is a consensus among the contributors to this book that the diaconate can and should be a vital component of ministry, representing and focusing on the diakonia of all the baptized. In the post-Christian era, deacons may provide an effective connection to a society largely indifferent to the gospel.

Ordained to the diaconate in 1977, D. Michael Jackson is the longest-serving deacon in the Anglican Church of Canada. He is author of two studies on the diaconate, The Diaconate Renewed: Service, Word and Worship and The Deacon in the Worshipping Community, coordinates an international network of Anglican and Roman Catholic deacons, and is a frequent reviewer of diaconal publications. He serves as a deacon at St Paul’s Cathedral in Regina and is a canon of the Diocese of Qu’Appelle.

2 thoughts on “DO WE NEED DEACONS?”