This is enormously heartening news from the Archbishop of York.  He is a strong supporter of the diaconate.  Many of us have known for a long time that there are Readers who are exercising a diaconal rather than a Reader ministry, and who, if they had been made aware of the diaconate at the time they candidated for ministry, would have wanted seriously to consider it.  What this article omits, is that ++John has said that Readers being ordained as Deacons must stay in the Order of Deacon for seven years before they can candidate for priesthood.   This is important to prevent people seeing the diaconate merely as a back door to priesthood, rather than a vital ministry in its own right.

If this bold initiative works well, it would be such good news for the diaconate, and pave the way perhaps for a national movement.  Now that would be exciting.  We pray on!

From the Church Times article. 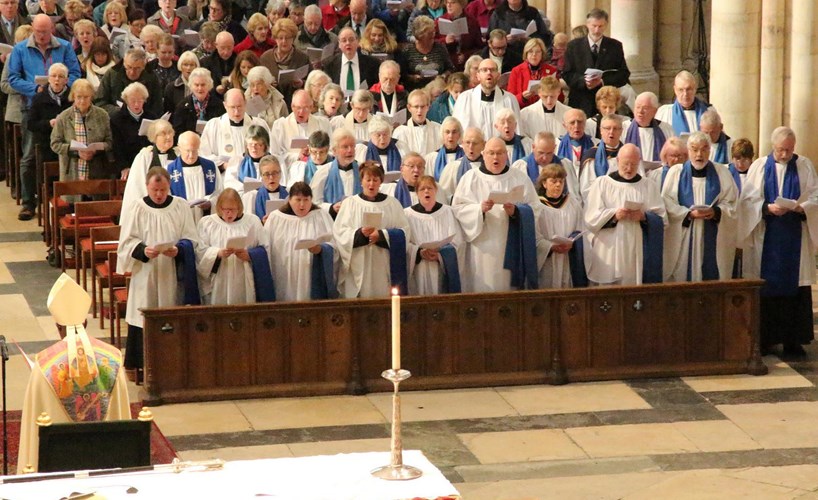 LICENSED Readers in the diocese of York are being invited to consider ordination to the diaconate under a scheme proposed by the Archbishop of York, Dr Sentamu.

In a letter to all licensed lay Readers and Readers with permission to officiate in the diocese, sent in September and seen by the Church Times this week, Dr Sentamu speaks of a pilot ministry scheme started last year in the Northern Ryedale deanery, a large rural deanery of York.

“I have invited Readers to consider whether their ministry is already that of a Deacon and to begin to discern with their incumbents whether they are being called to ordination,” he writes. “Not everyone who is a Reader is called in this way — many Readers will consider themselves to be called to the equally important ministry of pastor [or] teacher rather than a Deacon.”

Dr Sentamu says that he was inspired by the “missional, servant-hearted” ministry of Readers during his recent pilgrimage around the northern dioceses. If the pilot is successful, the strategy would be implemented, deanery by deanery, this year, he writes.

No ordinations have yet taken place, but Dr Sentamu will be ordaining the first two deacons as part of the initiative, in April.

The diocesan Warden of Readers, the Ven. Samantha Rushton, the Archdeacon of Cleveland, explained on Tuesday: “This is just one aspect of a wide-ranging review of ministry that we are undertaking as part of the refresh of our diocesan strategy.”

One question, she said, was whether Reader-deacons would remain deacons, or progress to the priesthood. “We have become used to the idea that the diaconate is a transitional ministry, just a staging post to ‘full ordination’. That is not what the diaconate is supposed to be about.

“This is an important ministry in its own right, and the Readers who will be ordained to this ministry are those who are already exercising a diaconal-shaped ministry, and will continue to do so after ordination. It may be that their calling will change over time, and they may be called to the priesthood, but that is unlikely to be any time soon.”

It was too early to say how much uptake there would be, Archdeacon Rushton said, but she understood that other dioceses were exploring a general “renewal” of the diaconal ministry. “We are still testing the water. We are aware that the Church’s understanding of the diaconate has been a little neglected for some time; so we are building understanding as we develop our ministry strategy.”

In his letter, Dr Sentamu enclosed a description of the required criteria for those considering ordination to the diaconate. This included having the support of the incumbent and PCC, not having been divorced and remarried (or their spouse having been divorced and remarried), and “not belonging to the British National Party [BNP] or any organisation whose constitution, policies, objectives, or public statements are incompatible with the Church of England’s commitment to promoting racial equality”.

Potential candidates should also note, it says, that ordained ministers are unable to take certain positions within the Church which are exclusively lay, such as being a member of the House of Laity at General Synod, diocesan and deanery Synods; “lay dean”; churchwarden; and member of a PCC if no longer licensed to the parish.

Candidates would be required to attend post-ordination training for three years: an “apprenticeship-style scheme” which would be developed by the York School of Ministry and the diocesan training team. “This is also an ongoing work in progress,” Archdeacon Rushton said, “and is being tailored to recognise the theological training and ecclesiastical experience of those being ordained as deacons who have already served as Readers.”

2 thoughts on “READERS CAN BECOME DEACONS”