Fighting talk!  What do you think of this argument, to ditch ‘full and equal ministry’ as a description of the diaconate, and replace it with ‘separate and distinct’? 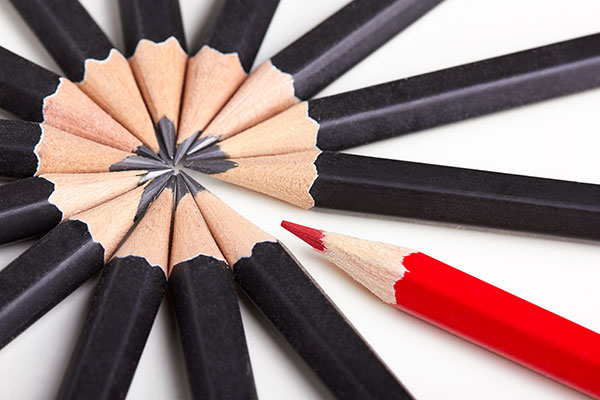 I recently read a comment in an internet chat between deacons, where one of my colleagues in another diocese was complaining about her relationship with her rector. She said in passing, “…after all, aren’t we supposed to be a full and equal order?” The comment made me cringe. I’ve never liked the phrase “full and equal”. It got me thinking about how we need to retire the phrase, and replace it with something like “separate and distinct”.

The phrase “full and equal order” to describe the diaconate has always struck me as problematic. It smacks of an adversarial relationship between the priesthood and the diaconate – a relationship that is neither true nor necessary – and it stems from a sense of inferiority about the diaconate as ordained clergy.

Historically, the creation of “full and equal” is understandable. When the permanent diaconate was revived in the 1970’s, there were many who questioned the necessity of the order. Was it not simply a clerical glorification of active lay people? What would a deacon do that an active lay person doesn’t do already? The debate motivated the book, “A Full and Equal Order,” in 1981, by James M. Barnett, who wished to address the raison d’etre of the diaconate. The book, a thorough exploration and justification of the order, answered the questions surrounding the revival of the order, and it is still one of the foundational books read and studied in deacon schools of ministry.

That was 37 years ago. Today, most of the generation that questioned the need for the order is gone, and among the various denominations that ordain/set-apart people for the diaconate, the number of deacons runs into the tens of thousands. Seldom do bishops or canons hear the question, “Why do we need a deacon?” from a priest or senior warden anymore; rather, they hear “When do we get a deacon?” Though I honor Barnett’s work in helping establish the diaconate in the minds of the church, it is now time to lay aside the phrase “full and equal” and all the baggage it brings with it.

“Separate and distinct” is a phrase that far better suits the times and I suggest we adopt it. It eliminates the adversarial language inherent in “full and equal”, as well as the sense of inferiority it creates. “Separate and distinct” still juxtaposes the diaconate to the priesthood, but it naturally leads to explanations of the diaconate, not justification, and compliments the two orders instead of opposing them.

“Separate” addresses the point that deacons are not priests at all, but an order that is different in vows and nature. As people are most familiar with the priesthood and have some ideas of what a priest does, it is a natural place to start an explanation of the diaconate. We can say, “We’re different, and this is how.” We need not start from a point of justification, but rather explanation.

“Distinct” addresses those very vows and directives that distinguish the diaconate from the priesthood. We are similar in some aspects of vocation – we both preach, teach, pray, lead – but a priest’s focus is on parish community and sacrament – they are pastors of the parish community – while a deacon’s focus is on outreach, service, and supporting the pastor’s directives.

The Evangelical Lutheran Church of America has a succinct way to describe the difference between their priesthood and their diaconate: “Word and Sacrament” for the priesthood, “Word and Service” for the diaconate. There are overlapping duties regarding preaching and teaching Scripture, but the priest focuses on the practice of sacraments while the deacon focuses on the practice of service. It is not a definitive explanation, but when you are asked in the middle of a noisy coffee hour after Sunday services to answer the question “What’s the difference between a priest and a deacon?”, it is something anyone can hear and easily understand.

The benefits of the phrase “separate and distinct” are obvious to me. It is a better explanation of our identity and role, it eliminates the issues of justification, it eliminates the sense of inferiority, and all the adversity inherent in the expression “full and equal”. I think it is time to move on from the phrase “full and equal” and recognize the phrase “separate and distinct” instead. It will serve us better.

A link from the Association of Episcopal Deacons